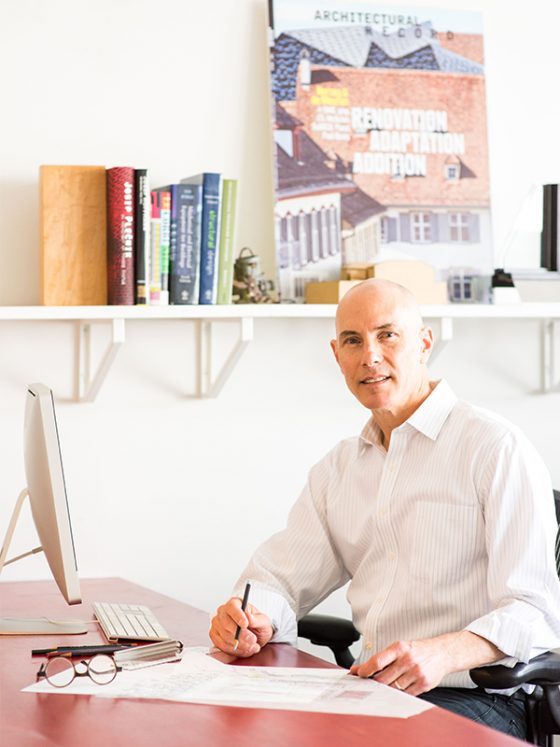 Prior to PDA, Paul was co-founder of Salazar Davis Architects in New York City, where he completed a wide range of projects, including loft interiors, restaurants, and retail stores. The firm was a finalist in the Queens Museum of Art Design Competition, and received media attention in such outlets as the New York Times, New York Press, and New Yorker magazine for its role in “The Novel Project”, an artist-in-residence design competition sponsored by the Queens arts collective Flux Factory.

Paul earned his BS from University of Southern California and holds a Master of Architecture Degree from the University of Virginia, where he was inducted into the prestigious Raven Society and received the Loriann Pristo Award for Academic Excellence.  In addition to his own firms, Paul has worked with Smith-Miller + Hawkinson Architects, Nils Finne, Ettore Sottsass and Matteo Thun (both in Milan, Italy), and Richard Meier and Partners.

Paul presented works of sculpture in a solo show titled “Works of Steadily Increasing Scale, Certainty, and Freedom” at Acme Gallery in Los Angeles in 2010. He is married and has two utterly delightful young children, for whom he expects to be building a rustic and charmingly haphazard treehouse in the very near future.

Let’s work together to build the space of your dreams